Apple Company recently revealed its latest iPhone on March 21 at an occasion in California. As we all know that Apple Company updates its iPhones once in a year. Many rumors have spread the iPhone that was revealed was iPhone 7 phone but the people expectations were proved to be wrong because it was not iPhone 7. Apple Company revealed that they are expecting to launch the iPhone 7 in September 2016.  The iPhone that was launched is iPhone SE which is a smaller and cheaper device and confirmed to be sold alongside Apple’s iPhone 6s and 6s plus models. 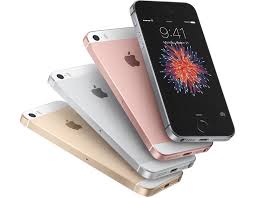 What is SE Stands for?

Many rumors were spread like Apple’s fourth coming mobile name would be iPhone 6c or iPhone 5 SE, but finally, the Californian Company decided the name as iPhone SE. the prefix SE stands for “Special Edition”

Apple currently sells three models of iPhones i.e. iPhone 6s which holds 4.7-inch display, iPhone 6s plus which contains a 5.5-inch display and iPhone 5s of the 4-inch display. But the newly revealed model iPhone SE will replace the iPhone 5s which results in discontinuity of iPhone 5s.

iPhone SE contains the same 64-bit A9 chip that is used in iPhone 6s and iPhone 6s plus. It contains same M9 motion co-processor which offers faster speeds and has the capability to support mobile games which are graphic-intensive. It also contains HD retina display, high Wi-Fi connectivity, Apple pay touch ID.

iPhone SE offers 12 MP back camera, an image-signal processor that was designed by Apple, noise reduction and face reduction. Apple users can even take live photos even though it doesn’t support pressure sensitive 3D technology.